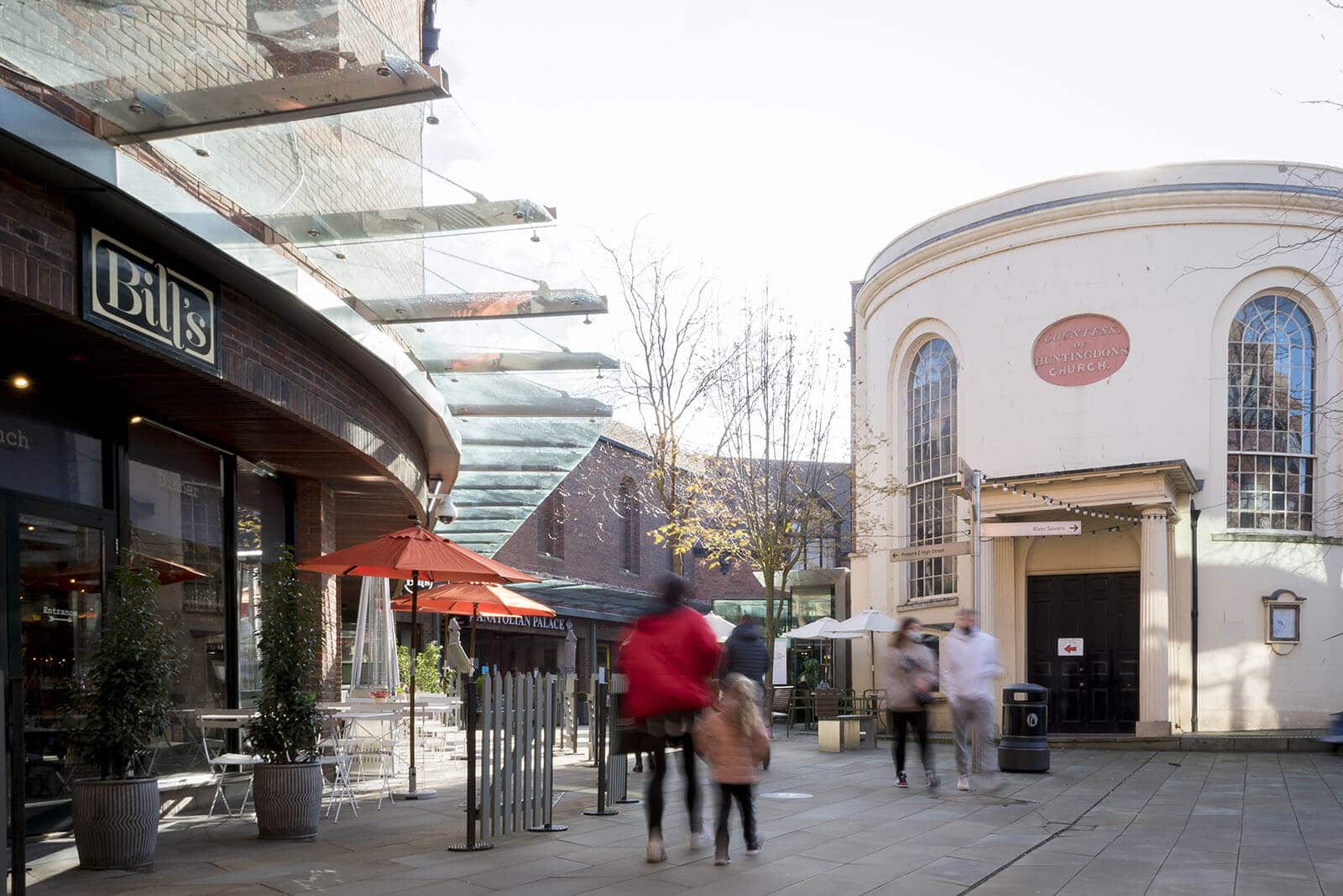 Huntingdon Hall is Worcester’s premier live music and entertainment venue based in the heart of the historic city, and within Chapel Walk at Crowngate.

Countess of Huntingdon’s Chapel was a thriving methodist church in the early 18th Century. By 1970, the building closed as a chapel until the late 1970s when it was purchased by the city council with the view of redeveloping the site, it re-opened in 1987 as a concert venue.

Today, Huntingdon Hall is a thriving and unique venue for folk music and is becoming increasingly well known for great comedy and welcomes all types of entertainment; classical music, jazz and blues as well as spoken word events.

Pasta, pizza, sandwiches and salads. Burgers, bruschetta, cake and coffee. Feast your eyes on our topnotch cafes and restaurants which serve up the most delicious choices for breakfast, lunch, dinner and treats.

This website uses cookies to improve your experience while you navigate through the website. Out of these cookies, the cookies that are categorized as necessary are stored on your browser as they are as essential for the working of basic functionalities of the website. We also use third-party cookies that help us analyze and understand how you use this website. These cookies will be stored in your browser only with your consent. You also have the option to opt-out of these cookies. But opting out of some of these cookies may have an effect on your browsing experience.
Necessary Always Enabled
Necessary cookies are absolutely essential for the website to function properly. This category only includes cookies that ensures basic functionalities and security features of the website. These cookies do not store any personal information.
Non-necessary
Any cookies that may not be particularly necessary for the website to function and is used specifically to collect user personal data via analytics, ads, other embedded contents are termed as non-necessary cookies. It is mandatory to procure user consent prior to running these cookies on your website.
SAVE & ACCEPT